My closet Monday: {Witty with your Wardrobe!}

After shooting this look, I debated whether I should post it or not.  I think partly because turtlenecks often make you appear to have no neck!  So, the photos didn't turn out in my favor.  But I decided to post it more based on the idea behind the look.  The sash around my waist is actually a scarf.  I love being able to use certain pieces in more ways than one.  For example, I often will fold up the bottom of a dress and tuck it into a pair of pants, a skirt and even shorts.  Or maybe I'll pair a solid top with a matching skirt and place a belt right where the two meet up to make it seem like it's all one piece.  Why not make the most out of what's in your wardrobe?  So pick something in your closet this week and wear it differently than you normally would.  This scarf could also be folded and used as a headband.
There are so many things to do.  So be creative!
Happy Monday!
-S- 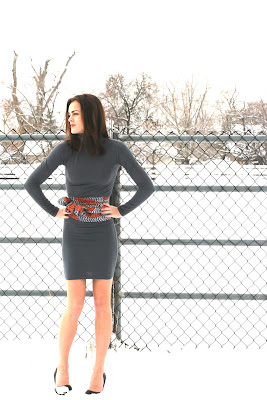 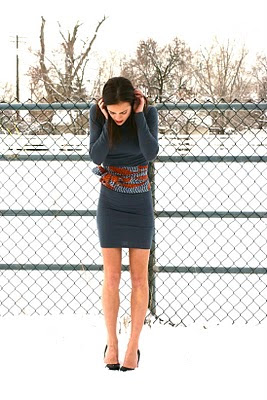